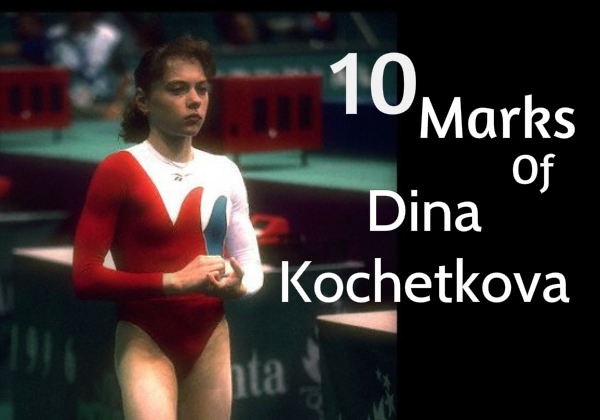 With the occasion of her birthday, on the 27th of July, we are revisiting some of the milestones of Dina Kochetkova’s competitive life:

(which reminded me of this vault)

“I started gymnastics at the Locomotive club and when I turned eight I was transferred to TsSKA1 to train with Irina and Viktor Razumovskiys. Oh, what a strong group I trained with! I remember I looked at Olga Bicherova and Yelena Shevchenko as the “stars,” but little by little I improved to advance to Krugloye. When the Razumovskiys moved to Japan, I started training with Leonid Yakovlevich Arkayev – he got me to the Olympics. Here, at Stars of the World I said, “Hi” to him and he replied, “I miss you.” I too miss the team and Krugloye very much. It is nice to be at home but gymnastics is our life! If I had a personal coach I could probably recuperate and prepare a program. After all, every athlete should be approached individually.” [Link]

#Dina Kochetkova #The List
Previous 2014 CWG Preview: Team Australia
Next So, What Did I Miss?