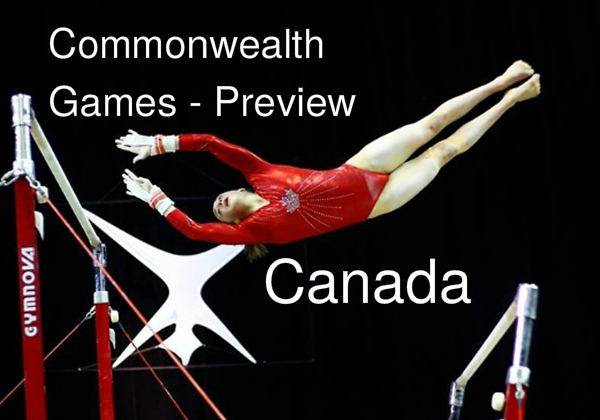 The top two athletes on bars at Canadian Nationals must be part the line-up on this event. Ellie Black has increased her difficulty and improved execution and consistency on bars and can score in the 14s, while Onysko has the most difficult set of the Canadians, out of 6.1. Here, the team will need a third routine from Victoria Kayen Woo, recently added to replace Victoria Moors.

On beam, the same duo, Black – Onysko, will be expected to lead the team with routines in the ‘14s; Stefanie Merkle who has lower difficulty but relatively good history of consistency will probably be supporting them with a score in the mid 13s.

Floor might turn to be Canada’s strongest piece. The line-up will be interesting to follow, with Chant, Black, Onysko and Merkle all capable of routines in the mid 5s.

Canada are looking strong as a team, capable of posting two good routines per event and a third less difficult  but quite consistent third one.