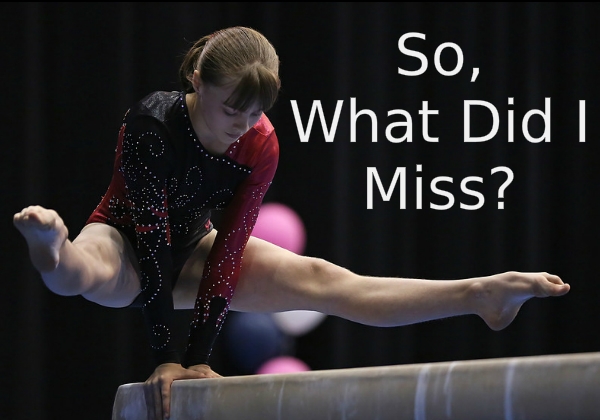 A quick and recap of the past seven days of gymnastics news and updates:

2015 Sao Paulo World Challenge Cup is this week-end (1-3 May) and Ana Livia will be writing about it for TCG! [official website]

4 Nations friendly meet with be hosted by Italy in Turin on the 30th of May. The host team will ‘battle’ Russia, Romania and Colombia. [Official website]

Maria Paseka is inspired by her recent success at Euros, where she won the gold medal on vault. Next goal is Olympics [HERE]

USAG April training camp – the list of participants is quite long. [HERE]

Gymcastic: a new episode is out! [HERE]

And so is the latest issue of Gymnastika, an online magazine from the Russian Federation [HERE]

Veronica Wagner’s story in The Hard Way to Success [HERE]

Catalina Ponor interview: she is determined to work three events to be able to help the team. She feels ‘the pains of the beginning’ but is still very motivated to work hard. [HERE]

Rhonda Faehn becomes Senior Vice President of USAG, she was a member of the 1988 US Olympic team and coached Florida for the past 13 seasons (and three consecutive titles)  [HERE]

Flavia Saraiva training in Sao Paulo (she will compete there)

Elisabeth Seitz is in Brazil too, for the Sao Paulo World Cup

France wins the ‘friendly’ against GB and Switzerland that took place in Arques [results]:

That would be all for now, keep close this week-end!