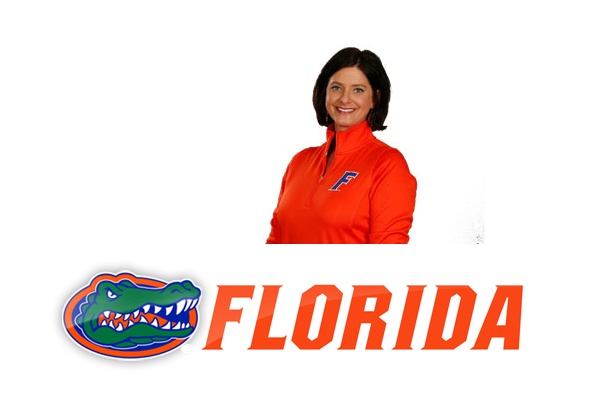 Like her predecessor, Rhonda Faehn, Rowland (nee Ester) is a former elite gymnast. She was a member of the 1989 World Championship team.  She was also an NCAA gymnast, competing for Arizona State University, where she was an All-American on the uneven bars.

Not only does she bring experience as an athlete, but she brings a stellar coaching resume, serving as an elite coach at Bart Conner Gymnastics academy for four years until she began her NCAA coaching career at Oklahoma for five years as an assistant coach. She came to Auburn in 2010, when the Tigers qualified to the Super Six final for the first time in 22 years.

Rowland may even beat Faehn for the title of gym nerdiest head coach in the NCAA, as she is a category 3 international brevet level judge and she judged US Olympic Trials in 2008 & 2012.

“I’m so excited for this opportunity to become the Gator gymnastics head coach. Obviously, Rhonda [Faehn] has built Gator gymnastics into a model program. A key focus for me will be developing relationships with the current and past Gators, as well as building a connection with the gymnasts who will represent the Gators in the future.” she said in a press release from the University of Florida website.

“When we started this search, there was one name that kept coming up – Jenny Rowland. What Auburn has done over the past few seasons is quite impressive and she’s played a big role in the Tigers’ progress. We feel confident she’s ready to guide the Gator program.” Jeremy Foley, University of Florida athletic director.

Previous Varna World Cup: Video and Results
Next The last Serie A Meet of 2015