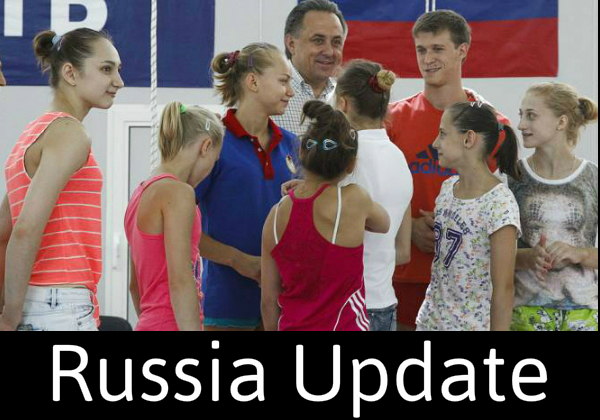 A new video of Viktoria Komova doing bars in what looks like a training venue emerged today. This is a welcome opportunity to evaluate the athletic shape of the Russian and reflect with regards to her training for the upcoming Worlds.

This could also be an older video but for the fun of speculation we will not discuss that possibility here.

First of all, by the set of skill presented, it looks like it’s Komova indeed. Secondly, I believe she looks in fine shape. All the skills are there, except for the double-double dismount; her form in transitions is sound despite her looking so tall. Every time we see her she looks even taller than the last time. The only major issues are some bent knees, more prominent in giants.

How does this compare with her routine from last spring’s Russian Championships where she presented the same routine composition?

And this is her routine from Event Finals from April  (in this one is better quality but she had major mistakes):

The first two sets – the one from August and the one from April TF- are comparable. There are still six-seven weeks until World championships begin, so Komova will have much time to progress even further.

There should be plenty of room for her in a 6-members Russian team at these World Championships.

What are your thoughts? Has Vika managed to convince with just this bars set?

#Viktoria Komova
Previous So, What Did I Miss?
Next Change of Citizenship?