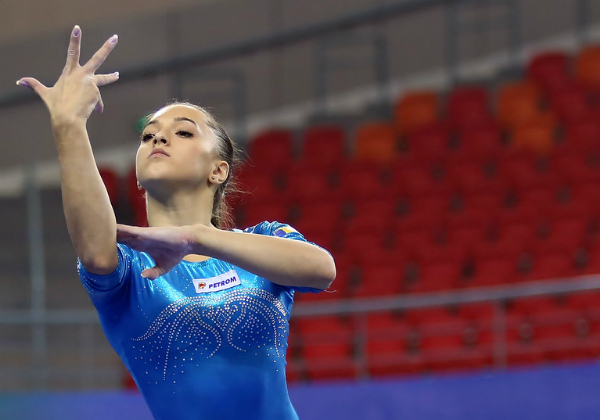 The women’s line up for the 2014 World Cup in Glasgow has been announced today.British Gymnastics announced  on their website the following list of participants:Vanessa Ferrari, ItalyEllie Black, CanadaRebecca Tunney, Great BritainErika Fasana, ItalyLarisa Andreea Iordache, RomaniaMai Murakami, JapanAna Maria Ocolisan, RomaniaJessica Lopez, VenezuelaLarisa Andreea Iordache is the reigning Glasgow World Cup champion from 2013 and is set to defend her title this year.Vanessa Ferrari from Italy is the bronze medal winner from last year. The 2006 world all-around champion will be looking for a higher placement in the world cup rankings at this years event.Other challengers include Ellie Black from Canada, who is strong all-around, Jessica Lopez from Venezuela who finished 8th at the recent world championships and home favourite Rebecca Tunney from Great Britain who is back after missing this year’s world championships because of injury.The competition will take place on the 6th December.