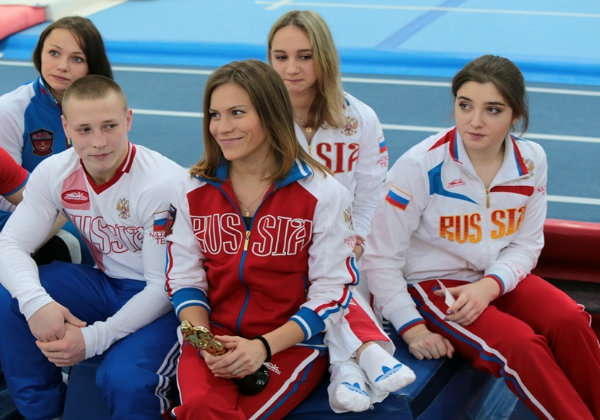 A new year is underway at Round Lake, the national training base in Moscow, and the RGF website has uploaded a gallery of pictures to spark our imaginations. ( http://sportgymrus.ru/photos/trenirovka-na-baze-ozero-krugloe-04-02-2015/)

I see a lot of the old guard in these photos, as well as a smattering of new, fresh faces:

With the Federal District Championships already underway and more to come, we’re sure to see a bit of gymnastics ahead of the National Championships in early March.

Valentina Rodionenko has confirmed, via ITAR-TASS, that Aliya Mustafina will miss nationals and the European Championships this year as she is under strict orders from the doctor to take it easy as her back continues to heal.

I imagine that news will lead to a change in priorities early this season, with more of the weight for team success being shifted to specialists like Paseka (who had more “action” shots featured in this gallery than any of the other veterans) and new seniors Seda Tuthalyan, Maria Bondareva, and Anastasia Dmitrieva.

What do you think of Team Russia’s prospects this year?

What needs to happen in order to make them more competitive in 2015?

Previous February Birthday Profile
Next The List: To Watch Again and Again