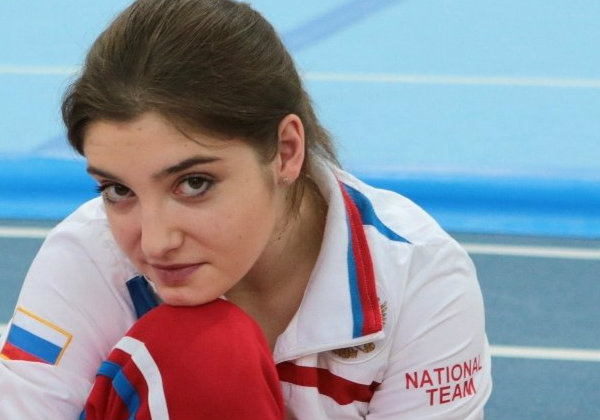 With the Russian Junior Championships getting underway next week and the Senior Championships following shortly thereafter, Senior Coach Valentina Rodionenko has confirmed again, via R Sport, that Aliya Mustafina will miss the domestic championship while her back continues to heal following treatment in Germany.

In the same interview, Rodionenko noted that the athlete recently underwent surgery to remove a cyst in her mouth, making it difficult to train for the past week. She notes that standing upside down wasn’t possible, but quickly dismisses Aliya’s time off, stating “she is a fighter.”

She goes on to name Viktoria Komova as an important part of the team and expresses her hope that everyone will be in shape for the World Championships.

On a lighter note, VTB  released this video of the team playing a game of “Guess the Hero” on the night of the Oscars. It looks like Ksenia Afanasyeva won and happily claimed her trophy. Hopefully we’ll see more from her this year in the game of gymnastics…

Previous 2015 Expectations and Come-Backs
Next So, What Did I Miss?