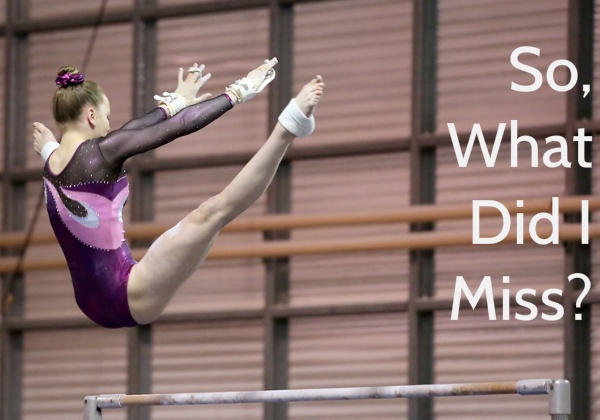 News, links, articles, videos and pictures of the last seven days in gymnastics. Here we go:

Puzzelgym: The youngest gymnasts from Romania participated in the Nadia Comaneci Cup, for some, it was the first competition of their careers [part 1] [part 2]

** Swedish Championships** – Marcela Torres won the all around [HERE]

Netherlands: the team to compete in Baku at the European Games was selected: Top, van Gerner and L Wevers [HERE]

** Russia** is planning to send a team of all arounders to Baku European Games: Mustafina, Komova and a third gymnast to be selected later this month. Tutkhalyan, Kharenkova and Shelgunova are in the mix [HERE]

Tabitha Yim is Arizona’s new head coach “I am passionate about creating a legacy that the program, university, and community can be proud of — not only because of the student-athletes’ success in the gym, but also because of their integrity and heart in all aspects of their life,” [HERE]

Nasia Liukin will be in Indiannapolis for the Indy 500 [HERE]

** Food for thought**, from Coach Rick of gymnasticscoaching.com [HERE]

Sound advice from an Olympics pro: how to plan your next summer Olympics trip [HERE]

Chinese solar energy company will lit the Olympics, the Maracana stadium will be fitted with 1552 solar panels [HERE]

How much will the Olympics cost? They will be expensive, that’s for sure [HERE]

Will Flavia Saraiva be able to compete like this again next year on front of her home crowd? (from the Sao Paulo World Cup)

The trailer for Full Out, the story of UCLAs Ariana Berlin:

Camelia, who was a world champion with the Romanian team in 1987 and now coaches her daughter, said after the competition that “I’ve always wanted to raise champions and I will have them” [HERE]

That would be all for now, keep close this week-end!

Previous NCAA 2015 Season Conclusions
Next The List: Once at Worlds