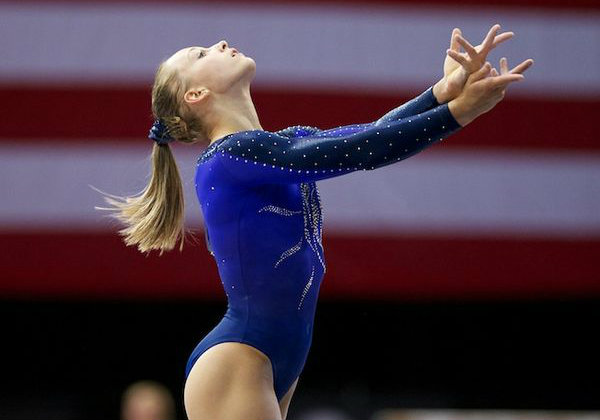 Although Team USA still has a selection camp coming up, the FIG’s release of nominative registrations has given us at least a glimpse into Marta’s thoughts.

It’s no surprise that the list includes Alexandra Raisman, Gabrielle Douglass, Maggie Nichols, and of course, Simone Biles. They are high-scoring all-arounders who have proven their dependability this year.

Madison Kocian and MyKayla Skinner shouldn’t be a huge surprise, either, as both offer potentially massive scores on their pet events. Their selection reveals Marta’s flirtation with taking specialists, something many thought she’d veer away from this year.

More surprising, perhaps, is Brenna Dowell’s inclusion on the nominative roster and the absence of Kyla Ross and Bailie Key. While Dowell’s name is no doubt a delightful surprise to those who love her bar work and ached for her when she was unceremoniously taken out of qualifications at the 2013 World Championships (myself included), the absence of Key and Ross from this preliminary list is no doubt a disconcerting surprise. Anyone who was paying the slightest attention saw that Kyla was struggling this season and that her participation was in jeopardy, but there’s something especially sad about her being left off the nominative list. Perhaps she’s still in the running, but her absence certainly gives the impression that Marta has made up her mind. As for Key, I wondered back at championships whether she had done enough to merit her inclusion on the team, despite her obvious talent. She is somewhat blessed and cursed by her all-around capability on a team that already boasts so much.

Again, it should be stressed that this is a nominative list and changes can still be made. We’ll have an update in early October!