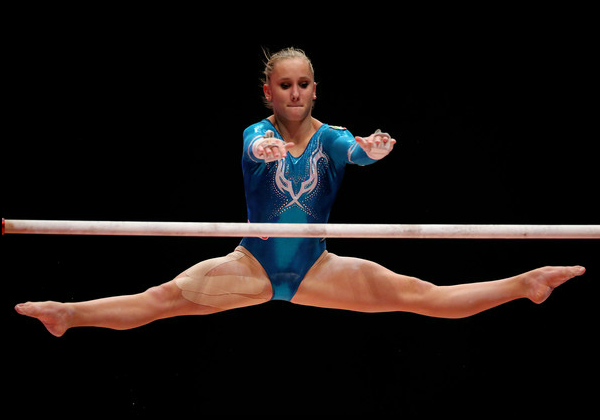 The past weekend was quite busy, and although you could have missed it between the American Cup and Gymnix, the second meet of the Serie A also took place, in Ancona. The notable absentees were Carlotta Ferlito, who was in Newark at the American Cup, Vanessa Ferrari – still recovering from her injury. Erika Fasana was back on bars after a few months break.