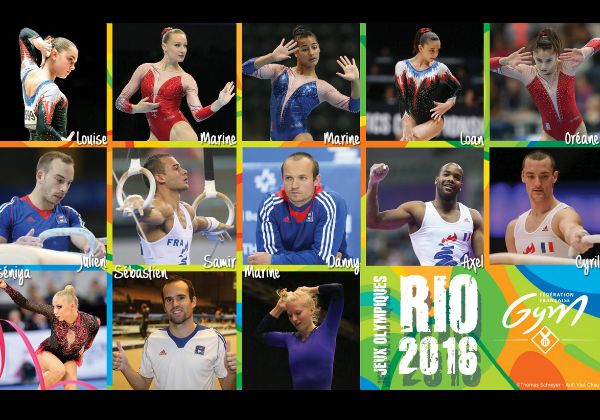 The French WAG team for the Rio Olympics has been announced earlier today:

Marine Boyer (16), the breakthrough star of 2016 for France, silver medalist in the balance beam final at the 2016 Euros. Also contributed to the team qualification, at the Test Event earlier in April:

Marine Brevet (21) –  she demonstrated very good shape this season, qualifying  for the beam and floor finals at the 2016 Euros:

Loan His (17), an all arounder with an affinity for bars, member of the bronze winning 2016 Euros squad:

Oreane Lechenault (16), the baby of the team, capable of contributing the most on bars and floor:

Louise Vanhille (18), a bars specialist that can fill a gap in the floor line-up:

Alternate – Anne Khum (19), who competed all around for France at the 2016 Rio Test Event