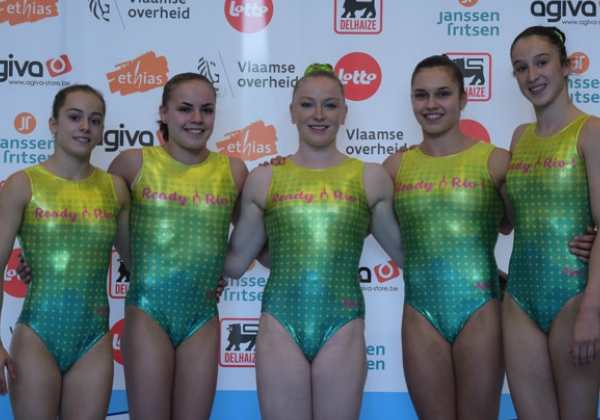 The Belgian team for Rio has been announced, following a final test competition which took place last weekend:

Axelle Klinckaert (16) one of the most consistent members of the Belgian national team, especially strong on floor and beam. She will be one of the stronger all around contenders:

Gaelle Mys (24) – also played an essential role in the qualification to the Olympics secured in April. She competed in the beam final at the 2016 Euros:

Nina Dewael (16) – has the highest scoring potentials of the team, especially on bars. She sat out the Test Event with elbow injury:

Laura Waem (18) has the potential to help the team on all four events although her favorite event seems to be bars:

The alternate will be named after the 15th of July and will be chosen between Rune Hermans, Cindy Vandenhole and Julie Meyers.