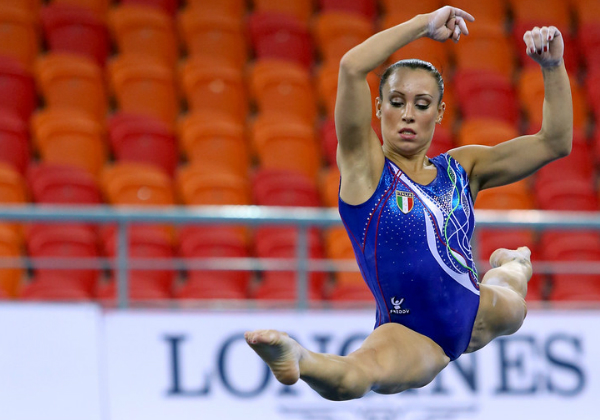 A new quad has begun and after Rio, Italy is ready to become a stronger team. It looks like there won’t be any retirements among the “old” ladies yet. But here’s a look on what’s going to happen next.

All these gymnasts plus Francesca Noemi Linari, Alessia Federici, Clara Beccalossi, Sofia Arosio, Sara Berardinelli, Martina Basile, Maria Vittoria Cocciolo, Bendetta Ciammarughi, Caterina Cereghetti and Martina Granato are part of a very interesting experiment, a web serie done by “Ginnastica Artistica Italiana” for the Italian Federation named “ Fate, Road to Tokyo 2020”. The serie is available on the official channel of the FGI . 10 episodes of 12 minutes to learn everything about these young gymnasts and to see their journey to get to Tokyo.

Honestly, this is the best group of junior gymnasts that Italy has ever had. They have difficulty, most of them have also the execution and a lot of time to improve their consistency, hoping they won’t follow “the curse” of the Italian juniors, that is being great in the juniors years and not living their potential when they become seniors. In Jesolo, this team is not going to leave the USA win so easily.

Beside all of this, in the last weekend the first meet of the Serie A took place in Turin. Like previously said, almost all the big names weren’t there, aside from Lara Mori and Elisa Meneghini, where the latter just competed on vault, and this was a great opportunity for the younger girls.

Watch the entire competition ( both WAG and MAG)