A World Apart- A Retrospective

As we look ahead to the important World Championships later this year, The List will journey back to the Worlds of previous quads.  What did we learn about gymnastics from these competitions?

Where - Glasgow, Scotland GBR Notable - changed the landscape of production value and celebration of the gymnasts. Big Winners - Team USA, walking away with another team gold, Biles’ titles in the all-around, beam, and floor, bronze on vault (Biles) and floor (Nichols), Kocian’s share of the title on bars, and reigning Olympic Champion Douglas’ triumphant return with a silver in all-around.  Watch Biles EF FX: https://www.youtube.com/watch?v=wTe1JFFwzJk

Surprises - Orange Elegance from the Netherlands, qualifying for team finals and the Olympics.  Beam medal from Wevers, and floor performances worth watching over-and-over again. Shocking - Romania out of team finals.  Iordache came back to win bronze in all-around, but the image of from the gymnasts crying after preliminaries is etched in many gym fans’ memories. Missing In Action - Mustafina, taking a much deserved break before coming back big in Rio. Key Takeaways - This Worlds helped everyone set their sights onto Rio.  Biles upgraded her second vault for Olympics to finally nab gold, Raisman worked through comeback nerves to refocus her efforts for the Olympics, and Wevers knew what she needed to beat Biles on beam.  Try as they might, Romania was unable to prepare a steady team for the test event, and gymnastics moved on.

Shocking - The strength of the returning Olympians.  Often, the Worlds after an Olympics is a clean slate, but every title (except vault) was won by a 2008 Olympian (Sloan, He Kexin, Deng Linlin, and Tweddle; all but Sloan would also compete and medal in 2012). Missing In Action - The World and Olympic all-around champions from the previous quad—Chellsie Memmel, Vanessa Ferrari, Shawn Johnson, and Nastia Liukin.  Only Ferrari would return to the Olympics (twice!). Key Takeaways - The upcoming quad would be a mix of the old and the new.  More and more Olympic and World veterans were going to stick with the sport and make waves, but the younger, newer seniors were ready for their moment, too!

Where - Tianjin, China Notable - first Worlds held in China. Big Winners - Romania, besting Russia once again and continuing its streak, claiming another team title, as well all-around gold, two medals on vault, silver on beam, and two medals on floor (including the title). Surprises - The ‘other’ stars of Romania and Russia shining in the competition—Maria Olaru, Andreea Raducan, and Elena Zamolodchikova each winning individual titles in their first Worlds appearances.  Watch Olaru AA BB: https://www.youtube.com/watch?v=jymA_t-Jl14

Shocking - Svetlana Khorkina, reigning all-around champion, showing unsteady performances and finishing 12th.  The reigning silver medalist, Simona Amanar, fell on bars in the last rotation and placed 14th. Missing In Action - Stars from the previous quad who initially helped their teams efforts post-Atlanta—Gina Gogean, Dominique Moceanu, and Mo Huilan were absent from this competition. Key Takeaways - Time for the new, it seemed—every title except bars was won by a gymnast competing at their first World Championships.  The old guard seemed to take notice, and they were better prepared for Sydney! IMPORTANT NOTE- After it was discovered that Chinese gymnast Dong Fangxiao competed as a 14 year old, China was stripped of its bronze medal; the medal went to Ukraine.

IMPORTANT NOTE - The only year when we had two World Championships!  Individual events were held April; team event was in November.

Where - Brisbane, Australia; Dortmund, Germany Notable - first Worlds held in Australia; second time Dortmund hosted (first time was in 1966). Big Winners - Shannon Miller becomes only the third gymnast to win back-to-back all-around titles, joining Larissa Latynina and Ludmilla Tourischeva in this accomplishment (they are later joined by Svetlana Khorkina and Simone Biles); Team Romania, led by Lavinia Milosovici, benefits from the break-up of the Soviet Union and wins the first team title when the republics compete as individual countries. Surprises - The development of Mo Huilan from April to November.  She was the talk of the Brisbane championships with her signature bar skill, but she did not win any medals and places no higher than 7th (all-around and floor).  At the team championships, Mo showed she was not just a one-trick wonder, scoring 39.212 for the fifth highest all-around total in finals (including two scores of 9.9). Watch Mo AA UB: https://www.youtube.com/watch?v=5Rq4pVADJ_Y

Shocking - Dominique Dawes breaking hearts **again** by falling on vault when a medal and the title was on the line; Shannon Miller making a mistake on bars in compulsories at the team competition (yet getting a 9.5+ score) and leaving before optionals.  Though her coach had stated for weeks that he wanted Miller to rest, her departure was controversial.  Team USA rallied and won team silver in her absence. Missing In Action - Oksana Chusovitina.  She was not present at either the individual or team championships. (She competed in 1993 and 1995). Key Takeaways - Front tumbling was emphasized in this code, and we saw how gymnasts were working to implement complicated twists and combinations into their floor routines; teams are a-changing, as the Dortmund championships was the first to feature a 7-6-5 format, which set the stage for the Atlanta Olympics, as well as the future of the non-all-arounder|specialist in team finals.

Where - Stuttgart, Germany Notable - first championships to showcase the ‘new life’ rule.  Gymnasts would no longer carry scores from team compulsories and optionals into the all-around and event final scores. Big Winners - the Soviet Union, boasting a team that was six deep.  Their performances, skills, and scores were light years ahead of everyone else’s.  Svetlana Boginskaya, Natalia Laschenova, and Olga Strazheva completed an unusual all-around sweep.  Watch Boginskaya AA FX https://www.youtube.com/watch?v=DojQ34Yfhbk

Surprises - The depth and talent of the Chinese team.  Already appreciated for their innovative bars and beam skills, the gymnasts from China absolutely wowed the crowd with their composition, form, and fluidity.  Unfortunately, some stellar performances were not well rewarded in the score, or inconsistency would plague the team. Shocking - Olympic champion and star, Daniela Silivas, faltering on beam and settling for 12th in the all-around.  Many thought this would be the year that Daniela would win a major World title, but once again she watched as others placed higher. Missing In Action - Olympic all-around champion Elena Shushunova, handing over the reins to her Olympic teammates Boginskaya, Laschenova, Strazheva, and Baitova, all of whom competed in Stuttgart. Key Takeaways - The old guard remains the same, as the Soviet Union and Romania dominated the competition.  The two teams won every gold medal in the competition (save a tie for gold on bars with Fan Di from China), in addition to every other individual medal (save a silver on vault for Brandy Johnson from the United States).  But as dominate as both USSR and ROM were, other countries were digging their heels in and doing everything they could to become more relevant in the sport.

Where - Ft Worth, Texas USA Notable - first Worlds held in the United States. Big Winners - Nelli Kim, finally.  After competing non-stop since 1974, Kim was able to pull off her first major all-around win in the twilight of her career. Surprises - Team China, competing in their first championships!  The team finished 4th, had three competitors in the all-around (top finisher Zhu Zheng placed 11th), and had four routines qualify for event finals.  Ma Yanhong became the first world champion from China with her complex swing on bars (she shared the title with Maxi Gnauk of East Germany). Shocking - Olympic Champion, Nadia Comaneci, pulls from the competition after compulsories due to an infection in her wrist.  Her only performance in team optionals, a clutch beam that went 9.950, helped propel Romania to its first ever team title, besting their rivals from the Soviet Union.  An unfortunate circumstance for Comaneci, who was in perhaps the best competitive shape of her life.  Watch Comaneci TO BB https://www.youtube.com/watch?v=r7VdsFKEPPU

Also, the team from Italy pulled out of the competition after compulsories in protest—they felt they were unfairly being underscored. Missing In Action - reigning World Champion Elena Mukhina, who broke her leg in training for the championships.  Sadly, she was pressured to return to training too soon, despite her protests that she was not fully healed.  While preparing for the Olympics, Mukhina suffered a broken neck while attempting a Thomas salto and was paralyzed as a result. Key Takeaways - Anything can happen—the Romanians can beat the Soviets, veterans can get injured or thrive, and titles are open to whoever hits.  Team USSR, despite winning the all-around title, walked away bitter from its loss to Romania.  They would prepare better for the 1980 Olympics in Moscow, which was unfortunately missed by several nations due to a boycott.

So now, what about Worlds 2019?  What are you looking forward to, and what might we learn from this year’s Worlds?  Comment below with your predictions! 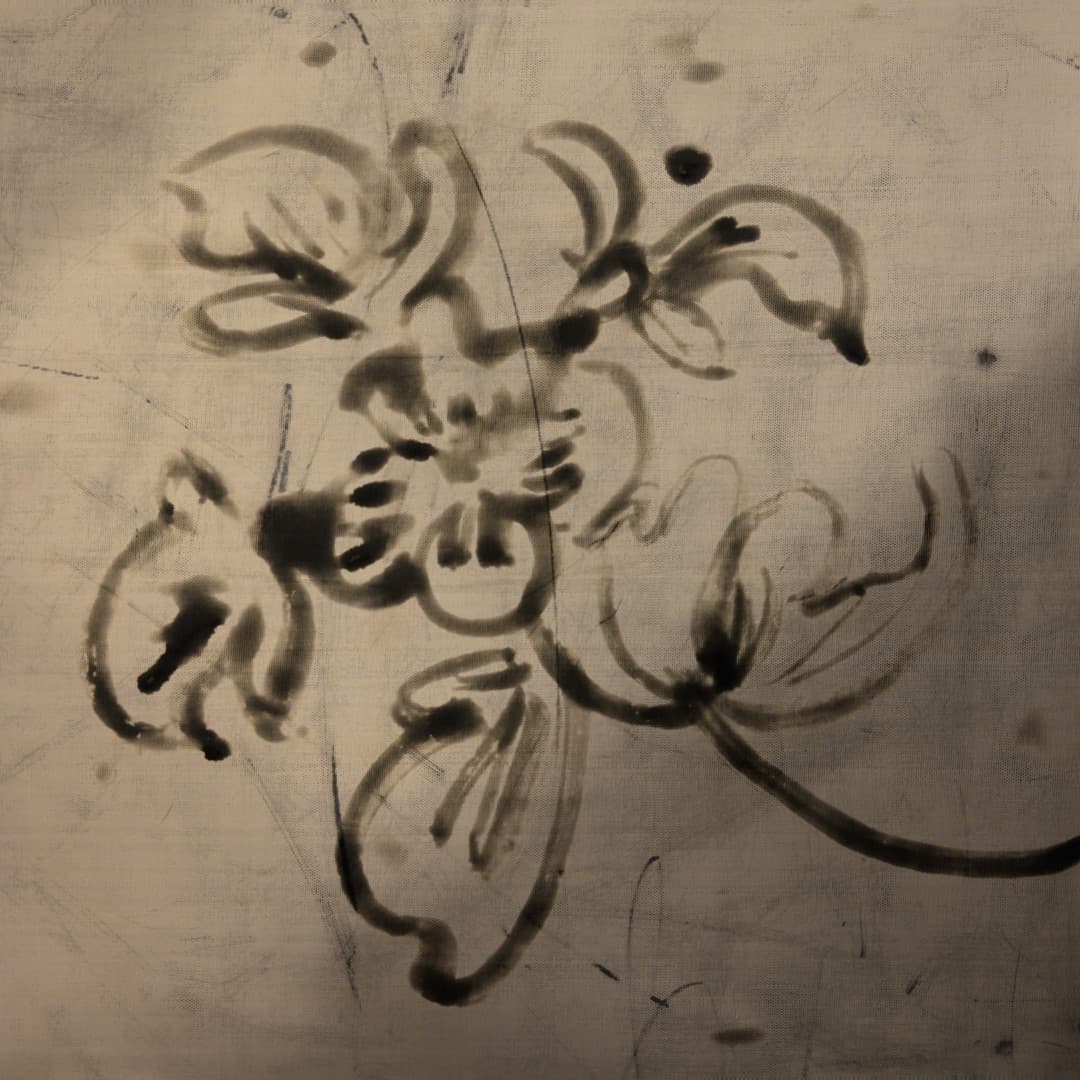 Kristen Ras
Next The List: Fit to be Tied