Claudia Fragapane – The New IT Girl? 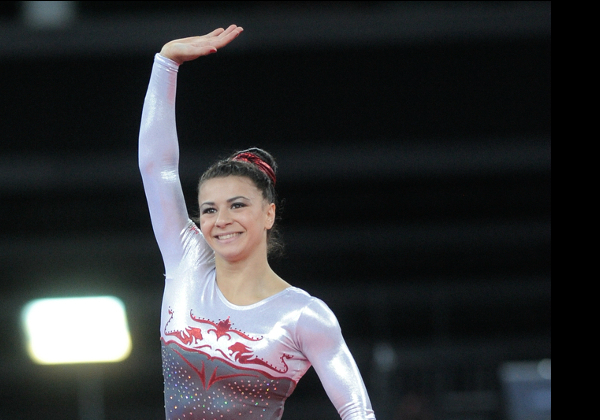 There have been many female gymnasts in the past Olympic cycles who carried the label “IT Girl” along with them before they made their Olympic debut, and it is no surprise that we keep seeing these so called “IT Girls” coming through the elite ranks year after year.

The big gymnastics nations such as Romania, Russia, the United States and China have produced a large number of these “up and coming” that have carried their labels along with them and produced world or Olympic medals out of the; it has almost become a part of gymnastics tradition that these four countries will produce gymnasts who will win world and Olympic titles, as that is what’s expected of them.

This gymnastics tradition has carried a large thought over our heads, when will we see an “IT Girl” outside of the big four gymnastics nations?

Very recently, we have been introduced to the new rising star of British Gymnastics – Claudia Fragapane, a Bristol born British teenager of Italian descent. Born on the 24th October 1997, Fragapane missed the majority of her senior debut last year due to injuries, but has made up for her slow start as a senior gymnast by contributing to Great Britain’s team success at the 2014 Europeans, where they came away with the team silver medal ahead of a challenging Russian team. Claudia then went on to win a historic four gold medals at the very recent 2014 Commonwealth Games, taking away gold medals from the team event, individual all-around, vault and floor apparatus finals. Claudia became the first Englishwoman to win four gold medals at a single Commonwealth Games since English swimmer Joyce Cooper 84 years ago.

Claudia’s success at the Commonwealth Games has captured the attention of not only gymnastics fans around the world, but the general public too. Here in Britain, Claudia has made the main national news stories and has recently appeared on the BBC’s ‘Tonight At The Games’ and ‘BBC Breakfast’ where she had the opportunity to talk directly to  British viewers about her outstanding success.

With the World Artistic Gymnastics Championships in Nanning, China flickering on the horizon, we now wonder what more this 4 ft 6 inches British prodigy has to offer. Being a power gymnast, Claudia clearly contributes to the team and as an individual on vault and floor where she has had most of her recent success. Although bars and beam are her least favourite pieces of apparatus, Claudia is a promising gymnast all-around and would be keen to further her all-around chances on the world stage in the future.

Now, going back to the main question, does Claudia Fragapane have “IT”? In my opinion, absolutely! I think Claudia is going to continue to flourish as a gymnast and will be a big threat in the lead up to Rio 2016. Of course, Claudia is yet to compete at the World Championships and is yet to prove herself against the best of the best. We shall see!

Here is Claudia on floor, routine which contributed to Team England’s victory:

Here are England’s vault and bars rotation, Claudia vaults at 3:44 and starts her bars routine at 8:51:

Let us know your thoughts on what has been said in this article in the comments section below.

#2014 CWG #Claudia Fragapane
Previous 2014 Secret US Classic: The Seniors
Next So, What Did I Miss?